We won't send spam. Unsubscribe at any time.

How I went from geeking out on sports psychology to helping golfers like You
play better….

When I was 13 years old, my dad, a banker at Bank of America, went on a corporate retreat allowing bank executives to work with a psychologist on their leadership and management skills.  Industrial psychology was just starting to become, in vogue, for major companies and these kinds of retreats were increasing in popularity.  At the retreat my dad took personality assessments, learned his leadership style, and how to motivate his team.  All attendees were given a psychology training program on cassette tapes (it was the ’80s!) entitled, “The Psychology of Winning” by Dr. Denis Waitley.  My dad listened to the tapes and then asked if I wanted to listen to them as well to help with my golf game.  That set of tapes started me on a journey that still continues today. 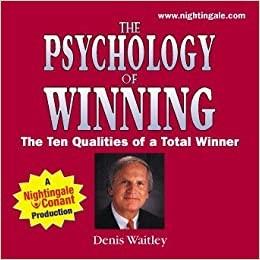 I did not just listen to the tapes – I immersed myself in them.  Dr. Waitley talked about awareness, positive self esteem,  self discipline, and many other subjects that I had never heard before.  I was so consumed by the ideas and concepts that I listened to the tapes over and over again.  Then I began to use the information that I learned and applied it to my golf game.  This was an important distinction: don’t just learn information, take action on it, and use it repeatedly. 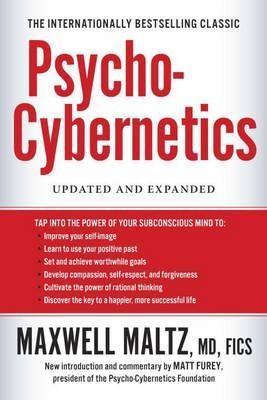 My dad could see my interest was sincere so he then gave me a book called “Psycho Cybernetics” by Dr. Maxwell Maltz and told me the Green Bay Packers read it back in the 50’s and 60’s.  This book really is a must-read and introduced me to even more ideas about how our brain works. The importance of self image, visualization, and habits were important topics that Dr. Maltz explained with great expertise.  My favorite quote from that book was, “Human Beings always act, feel, and perform in accordance with what they imagine to be true about themselves and their environment.”

This was the first book I read on psychology but certainly not last.  I can safely estimate that I have read over 500 books on human performance, motivation, habits, self discipline and physiology.  This does not count the seminars I have attended, the classes I have purchased online, and the thought-leaders I have interviewed.  I am just as excited about these subjects today as I was when I was 13 and just as eager to learn.

That’s when I knew I had to share
these secrets….

My original intent with this journey was to help myself play better golf.  But at age 17, I wrote a letter to myself that I wanted to do sports psychology as my profession.  I wanted to help people with their own inner game challenges. I felt like I had discovered some secrets on how the brain works and ways to make it work better. I went out and started to give free speeches to any group or organization that would let me speak.  I would often drive 3 or 4 hours to junior golf tournaments and give presentations after rounds.  Sometimes, a hundred people would show up.  Sometimes, there would only be one.  Families at the tournaments began asking me to help with their junior players.  Those players’ swing coaches would see the positive changes in their students after working with me and would refer more students. Then those juniors went to college and told their coaches about me, which led me to work with some of the top teams in the country.  Before you knew it, I had something really good going

Then the wins started to pile up…

My clients started winning PGA and LPGA Tour events.  I had NCAA champions, US Junior Champions,  Publinx Champions, the list goes on.  College teams began to reach me.  Golf academies heard about my work and asked if I would do speaking engagements.  What started from the smallest beginning has now become what I always imagined it could be.  I originally thought sharing my information was going to be the ultimate reward of my career.  The truth is, watching clients take my information and use it to reach their goals, has been the ultimate reward. 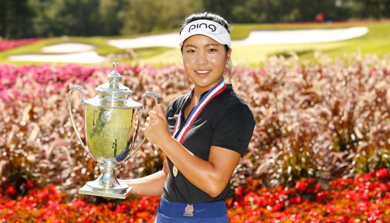